This season has been one to remember! So far this season we have accomplished a lot, and we made it to the World Championship for the second year in a row! As a late blog post about State, long-story-short, we were a part of the winning alliance. We want to thank team 11316 Weapons of Mass Construction for picking us for their winning alliance, and team 5143 Xavier Robotics for being a great partner. At State we also won the Control Award, an award given to team’s whose control feature enhance robot performance with the use of sensors and other algorithms both in Tele-Op and the Autonomous Period.

For State, the most minerals we put in the lander during a match was 31. But since then we have made many changes to speed everything up. We replace Core HEX Motors with REV HD HEX Motors, changed our box so it has a lid, and implemented a quad-intake with spindles every 90 degrees) Last week we were able to put in 41 with 4 miss-drops! Once we clean up those miss-drops and get used to the new parts, we should be in the 44-48 mineral range for Worlds. (The link for that practice run: https://www.youtube.com/watch?v=cp3Qc6Fuccw)
We can’t wait to see all the amazing teams there at Detroit!!! 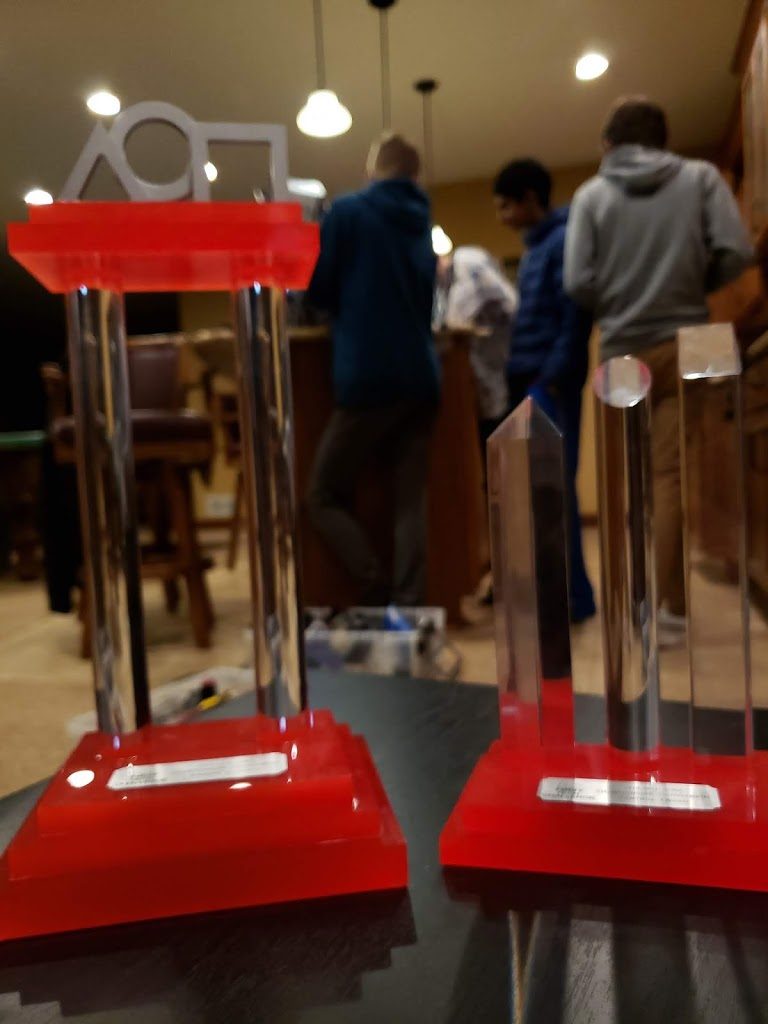